Your Husband is Your Maker

“[The] Biblical texts invoke a paradigm in which honor was a value reciprocally bestowed by each party, in contrast with the neighboring cultures of the ancient Near East that saw a man in relation to the divine in various paradigms in which honor is bestowed unilaterally by inferior to superior.  Biblical writings, however, invoke an additional paradigm from day-to-day affairs in which honor is reciprocally bestowed as a model for the encounter between God and Israel: the paradigm of marriage…[In Mesopotamia, Ugarit, and Egypt] cultures, the gods were routinely seen to have spouses or consorts.  Yet these were universally divine spouses – goddesses – thus forming an analogy between cosmic family and the ruling family of the [earthly] king.  For these cultures to conceive of marriage between a god and a human, or a group of humans, would have been as unthinkable as for us to imagine the marital union between a human and a cat.”

Most of us have never grown up in an honor and shame based culture and so often times we miss a lot of the subtleties in Scripture or worse, we assign our own cultural understanding to the events and concepts we are studying.  The world of ancient Israel was much different than ours; their values, their understandings, their way of life were not like ours in the 21st century.  Marriage was not based upon emotional “love” but upon commitment to one another and ensuring the provision and safety of the wife.  There was also an economic angle to marriages as well since women’s inheritance was given as her dowry.  For Israel, this made the institution of marriage absolutely sacred and in great need of safeguarding since inheritance often included parcels of land and the land had been given as a royal grant gift to Israel by YHWH.  This is most likely why the penalty upon adulterers was so harsh; adultery could call into question the paternal lineage of the heir and thus could cause the royal grant of YHWH to be given into the wrong hands.

When a man and woman wed, they created a kinship unit of family within which there was a hierarchy.  While the husband was hierarchically superior to the wife, this did not make the wife his slave.  In fact, the Torah set forth a social demand that all are equal in status and that those who are given a hierarchically superior duty, such as the leaders, kings, Levites, and priests, are actually to be the servants of the people, not their overlords.  Yeshua also confirmed this in Matthew 20:25-26 where he states that the Gentile rulers “lord it over them” but in the Kingdom of God whomever wishes to become great (i.e. a leader) must be a servant.  So too in a marriage, while the man is the hierarchical superior, this means that he must be a greater servant to his wife, just as Yeshua came as a servant to his bride!  One of the biggest problems in the western world today that causes broken marriages is that this servant-leadership kinship structure has been mocked and discarded.  Men are taught that to be a “real man” is to be served by a woman and women are taught that they need to break out of the oppressive social structure and become independent.  Yet the entire concept of marriage is based upon dependency on each other!  So it is with our relationship with God, which is also spoken of in marital terms, that we are to be in a relationship of mutual dependency and that He, as the husband, is hierarchically superior to us, yet He is the one who serves our needs!  Whoa!  Wait!  He serves our needs?  Yes!  In ancient Near Eastern cultures they believed that the people were created to serve the needs of their gods and that their gods had human needs.  Thus they would feed their gods through sacrifice, play them music, clothe them, etc.  YHWH rebukes that sort of mindset which had seeped into Israel in Psalms 50:8-15 where He states “if I were hungry, would I not tell you…shall I eat the flesh of bulls?”  Instead of desiring to be served food like a pagan god, our God tells us to “Call upon Me in the day of trouble; I shall rescue you, and you will honor Me”.

In addition to the hierarchy in a marriage of the Biblical culture, it is important to discuss the concept of honor & shame within the marriage.  Within a marriage, it was the duty of the male to gain honor for the family.  Honor was acquired through various means: heroic acts, funding public works, winning a battle, winning a challenge and riposte, and many other deeds which won public praise and recognition.  The best example of honor in today’s society is in our high schools where teenagers compete for being “cool”.  “Coolness” is a limited commodity in a high school; only a select few can be the “cool kids” and there is fierce competition for this honor, though nobody may actually discuss the system itself.  So too in ancient society there was competition for honor between the people, between the nations, and between the gods.  And since honor is something of public opinion, even the one true God, YHWH, had to compete with the false, non-existent, gods since they did exist within the minds of the people.  We must also realize that for that society, it was honor more than wealth or any other commodity which people desired.  While the husband had the role of gaining honor for the family, the wife had the duty of maintaining the family honor by guarding against shame.  One of the primary duties in guarding against shame was to protect herself against the allure of adultery through modest dress and proper social conduct as well as protecting any daughters against defilement.  There is much more that could be spoken about the honor & shame culture and the role of men and women within marriage but that is beyond the scope of this article.

Returning to the quote above from Joshua Berman, we can now begin to understand the profound significance of the Biblical narrative often referring to the relationship between YHWH and the nation of Israel in marital terminology.  The giving of the Torah at Mt. Sinai was understood as a wedding ceremony with YHWH as the groom and the nation as a whole as the bride.  It is important to understand this in terms of a nation, not as individuals.  YHWH married the people collective, not each one individually.  We are a kingdom, not a personal religion.  It is also important to remember that Israel has never been an exclusive blood lineage kinship group; at their creation in Exodus 12, we read in verse 19 that the ger or stranger is considered to be part of the congregation (Hebrew edah) of Israel even though he is not circumcised like the native-born.  We also read in Ephesians 2:11-19 that those who are from the Gentiles/nations were previously excluded from the commonwealth of Israel but through the blood of Messiah these former Gentiles have been “brought near” and are now fellow citizens with the holy ones, thus are part of God’s household, which is named Israel!  Thus, all who accept YHWH as their God are called ‘Israel’ and are the bride of YHWH.  But why the marriage terminology?  As Berman points out, no other ancient Near Eastern culture believed that they were married to their gods.  Instead they believed that they were created to serve their gods and render honor to their gods, but their gods had no duty to reciprocate this service or rendering of honor.  The marriage of YHWH to Israel breaks this mold, shatters this caste system of oppression and provides equity for all who choose to turn to the one true God of creation!  While marriage still maintains the hierarchy with God as the superior and Israel as the inferior, it creates a reciprocal relationship where honor and service are given and received by both parties.  This reciprocity is known in the Greek as charis which is translated into our English as ‘grace’.  Our duty as God’s bride is to render honor to Him and in return He bestows His honor upon us.  This is stated in Ezekiel 16:14, “Then your fame went forth among the nations on account of your beauty, for it was perfect because of My splendor (Hebrew hadar) which I bestowed on you,” declares the Master YHWH”.  Hadar is synonymous with the Hebrew word kavod which means ‘glory’ or better rendered, ‘honor’ (ex: Lev 19:32).

When we understand the duties and responsibilities within a marriage relationship in the ancient Near East, we will better understand our role and YHWH’s role within our relationship with Him and we can better understand how to not violate our role as His bride.  As our husband, it is God who is the one who acquires honor for the family, not us.  Thus we do not seek to gain honor for ourselves, we seek to render honor to Him and He in turn will honor us, just as a wife in that culture would not seek her own honor but would support and praise her husband so that he would acquire the honor for the family.  Paul sums this up well in Romans 2:29 when he states that “he is a Jew who is one inwardly…his praise is not from men, but from God” (in Paul’s day, the term “Jew” was synonymous with the word “Israelite”).  Our national duty as the bride is to guard the honor of YHWH by guarding against spiritual adultery, i.e. idolatry.  Remember that idolatry is/was more than having a physical idol in your house.  Paul tells us that immorality, impurity, passion, evil desire, and greed are all forms of idolatry as well in Colossians 3:5.  Out of a desire to prevent these five things stem most of, if not all of, the commands in the Torah.  Thus, it is appropriate to state that the Torah was given to guide Israel out of living the lifestyle of idolatry; out of a lifestyle which brings shame upon our Husband, YHWH, and in turn upon us.  Our forefathers failed at this.  In Romans 2:24, Paul (quoting Isa 52:5 & Ezek 36:20-21) states that through our breaking of the Torah, we dishonor God, “the Name of God is blasphemed among the Gentiles/Nations because of you”.

By naming us His bride, YHWH created kinship with us, a relationship of mutual obligation and responsibility.  He acquires honor for our family through His mighty deeds, the mightiest of them being the resurrection of His only begotten son, Yeshua.  In turn, we get honor from Him as members of His family!  But, with this honor comes our duty to safeguard the family honor, to guard ourselves against committing acts of adultery through immorality, impurity, passion, evil desire, greed, and other violations of His Torah.  Are we going to be the faithful bride that YHWH deserves or are we going to be the one who brings dishonor and shame to the family through our conduct?  May the expressions of our mouths and the meditations of our hearts always find favor before You, YHWH, our Rock and our Redeemer!  Amen!

Ancient Near East Bride Honor Honor and Shame Husband
Your Husband is Your Maker2017-11-222017-11-22https://www.ryanwhiteonline.com/wp-content/uploads/2017/11/ryan-white-online-logo-white-1.pngRyan White Onlinehttps://www.ryanwhiteonline.com/wp-content/uploads/2017/11/wedding-rings113-660x330.jpg200px200px
About
Ryan White
I am a husband, a father of four boys, a teacher of Scripture, and a nurse. In addition to this blog, I run most of my teachings through FaithofMessiah.com
Recent Articles
Popular Articles
Categories
Popular Posts
Contact Information
My Other Websites 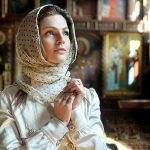