By Ryan White
March 8, 2019
Wearing a head covering is commanded nowhere in Scripture except towards the priests while they are officiating in the Tabernacle/Temple.  It is implied in Numbers 5 with the trial of bitter waters for the suspected adulterous bride that she does have her head covered, but this is most likely due to it being a custom of the times.  In first century Judaism however, the Mishnah records that a married woman who goes out in public without her head covering on is considered to be committing adultery (Reference forthcoming).  This of course is a custom, or tradition of the elders, and is not actually supported by anything in the Tanakh.  Since Paul is writing to the assembly in Corinth, we have to realize that they were not under the civil/religious law of Judea (established by the Sanhedrin) so women in this area may not have been accustomed to covering their heads as they would have been in Judea.  This may have brought up a conflict between those Jews or Nazarenes/Christians coming from Judea to visit or move to Corinth.  We also know historically that there was a cult in Corinth where the men would castrate themselves and throw the removed parts at the feet Aphrodite (Cybele).  Afterwards they would put on women’s dress, clothing, earrings, and veil themselves as part of worship to the goddess (who was said to be a male raised as a female, transgender)(Reference forthcoming).
Now, concerning 1 Corinthians 11:1-16, Paul is clearly speaking of something deeper than whether or not men and women should wear head coverings, he is simply using a concept in the physical to explain an abstract (or “spiritual” concept). This is very clear since he starts by stating the chain of authority: YHVH -> Messiah -> Husband -> Wife (not men over women).  In verse 4 he states that any man who prays or prophecies with his head “covered” disgraces his “head”; clearly Paul is not talking about physically covering one’s head while praying since the priests were required by Torah to do this and the usage of a Talit Katan (prayer shawl) was around in those days.  Instead we must realize that Paul is referring to praying or prophesying under the “covering” or authority of someone OTHER than Yeshua and YHVH.
Paul continues on with this line of reasoning and rejects any sort of pagan worship in which men veil themselves, stating that only women can veil themselves since they were naturally given long hair (Jewish tradition was to keep the males hair cut short except when taking a Nazarite vow).  Verse 16 provides the most important context to the verse:  “we have no such custom, nor do the ekklessia of God”.  Paul is clearly stating that this idea of a woman having to cover/veil her head or a man having to or not being allowed to is NOT a custom within the believers in Yeshua.  Remember, after Yeshua’s death, the governing authority over the body of believers was no longer the Sanhedrin council, but was the Jerusalem council (Acts 15) headed by James.  This Jerusalem council had no such custom require or disallowing head coverings (which is not addressed in the Tanakh) except that men would not be allowed to veil themselves as this is a pagan worship practice.
1 Corinthians 11 Head Coverings
Head Coverings: 1 Cor 11:1-162019-03-082019-03-08https://www.ryanwhiteonline.com/wp-content/uploads/2017/11/ryan-white-online-logo-white-1.pngRyan White Onlinehttps://www.ryanwhiteonline.com/wp-content/uploads/2019/03/head-coverings.jpg200px200px
About
Ryan White
I am a husband, a father of four boys, a teacher of Scripture, and a nurse. In addition to this blog, I run most of my teachings through FaithofMessiah.com
Recent Articles
Popular Articles
Categories
Popular Posts
Contact Information
My Other Websites 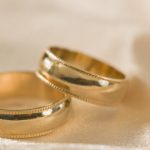 Your Husband is Your MakerDigging into Scripture