Do the Ends Justify the Memes?

Do the Ends Justify the Memes?

Should we make and share memes with false information in order to get people to believe the way that we do?

Social media is both a blessing and a curse for believers in the God of Israel. Bringing believers together from all across the globe and providing an easy method of teaching, sharing, and encouraging one another is wonderful. But there is a darker side too; because of the anonymity of a keyboard and the open nature of social media, wise and Godly leadership is incapable of policing the bounds of cyberspace. This, at times, leads to viscous arguments, unscriptural doctrines, and the spread of false accusations against individuals or groups in the form of memes. Because of their quick-to-read nature, it is these memes that get shared the most and attract the most attention. While many memes are intended to be humorous, many are intended to mock and assail the targeted individuals, group, or belief.

The problem with these memes, is that many people who share them never bother to verify the information that they are sharing (and I’ve been guilty here as well). Often, the sharing of memes is motivated by emotion. The meme evokes the emotion of resentment towards the target of the meme’s attack, and so the share button gets put into instant action. And so, the message moves forward, now gaining the support of the sharer who has just unwittingly staked a piece of his or her own reputation on this image. Driven by our emotions, we often fail to run the critical check that should go through our mind before we click share: what are the consequences if this information is not correct?

There is an iceberg ahead if the information proves to be false. While on the surface, it appears that you could easily just change course slightly and play down the lie, what lurks beneath is potentially devastating. To begin with, you are potentially bearing false witness against your neighbor. Think what they are doing is bad? You are now violating one of the Ten Commandments and failing at the second greatest commandment to love your neighbor. To make matters worse, you are discrediting yourself as a source of valid information, thus impeding the true messages of Scripture that you try to share with others.

Let’s say, for example, that you don’t like how people call the Savior Jesus because you know that the name people called him by when he walked the earth was actually Yeshua (or whatever your belief on pronunciation happens to be). So you see someone share a meme that explains that Jesus is an Anglicized version of the Greek Iesous and Iesous is a combination of Yay and Zeus, thus anyone who says Jesus is actually praising the pagan god Zeus. Yes, this exact meme has been shared on Facebook. In your zeal for the correct Hebrew name of the Messiah and your hatred for your former church background, you are overwhelmed by emotion and you click the share button. The information you just shared is false; it is a lie. Any first-year Greek student could easily disprove this meme. By sharing this meme, you have just born false witness against all of your neighbors who use the name Jesus. Moreover, all those pro-Torah, pro-Shabbat, pro-Feasts memes that you shared are given the same level of credibility as this false meme in the eyes of the audience that you are trying to influence.

But you say, “well, even if this information is false, we still shouldn’t be calling him Jesus because his Hebrew name was [insert your preferred version of Yeshua].” So again I ask, do the ends justify the memes? Are we called to promote lies in order to spread the message of the Kingdom of God? Does God need us to make up information in order to convict others to follow Him in the way He desires?

My answer, and I pray that your answer after reading this, is an emphatic NO! It is not worth the risk to our reputation nor the chance that we are found false witnesses against our neighbor.

As a body of believers, I pray that you will join with me in confronting the spread of false memes that discredit us as a movement and as believers in the God of Israel. If you are unsure if the information is correct or not, find someone who is able to show you credible information that proves the accuracy of the meme. Make no mistake, these are not just someone else’s sins, these are our sins. We all suffer the consequences; we all lose credibility when fake information is circulated by those who are associated with us from an outsider’s perspective.

Falsehood Lies Memes
Do the Ends Justify the Memes?2017-11-222017-11-22https://www.ryanwhiteonline.com/wp-content/uploads/2017/11/ryan-white-online-logo-white-1.pngRyan White Onlinehttps://www.ryanwhiteonline.com/wp-content/uploads/2017/11/memes.jpg200px200px
About
Ryan White
I am a husband, a father of four boys, a teacher of Scripture, and a nurse. In addition to this blog, I run most of my teachings through FaithofMessiah.com
Recent Articles
Popular Articles
Categories
Popular Posts
Contact Information
My Other Websites 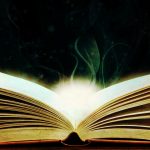